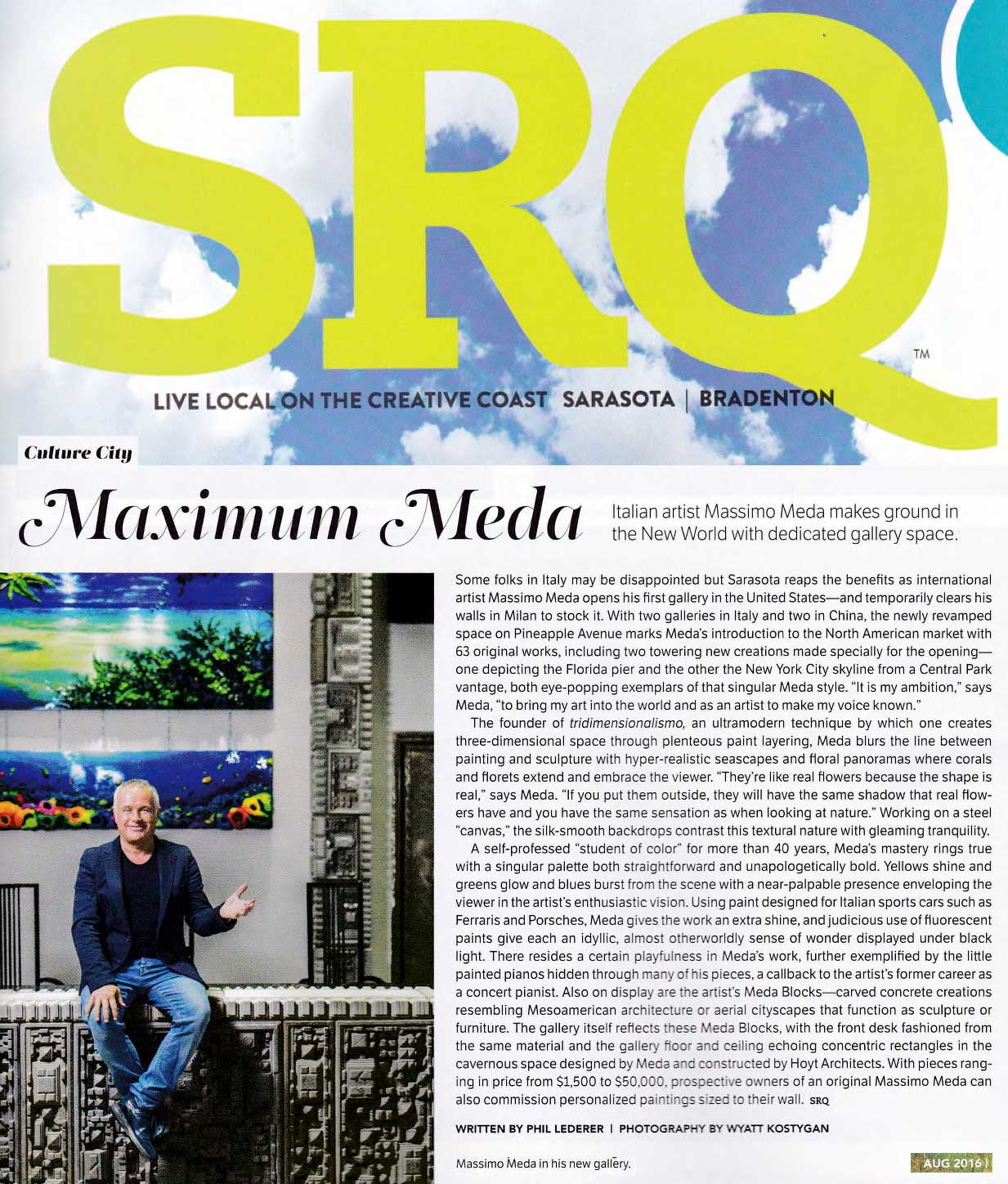 Some folks in Italy may be disappointed but Sarasota reaps the benefits as international artist Massimo Meda opens his first gallery in the United States—and temporarily clears his walls in Milan to stock it. With two galleries in Italy and two in China, the newly revamped space on Pineapple Avenue marks Meda’s introduction to the North American market with 63 original works, including two towering new creations made specially for the opening—one depicting the Florida pier and the other the New York City skyline from a Central Park vantage, both eye-popping exemplars of that singular Meda style. “It is my ambition,” says Meda, “to bring my art into the world and as an artist to make my voice known.”

Spotlight on the new Art Gallery in Sarasota 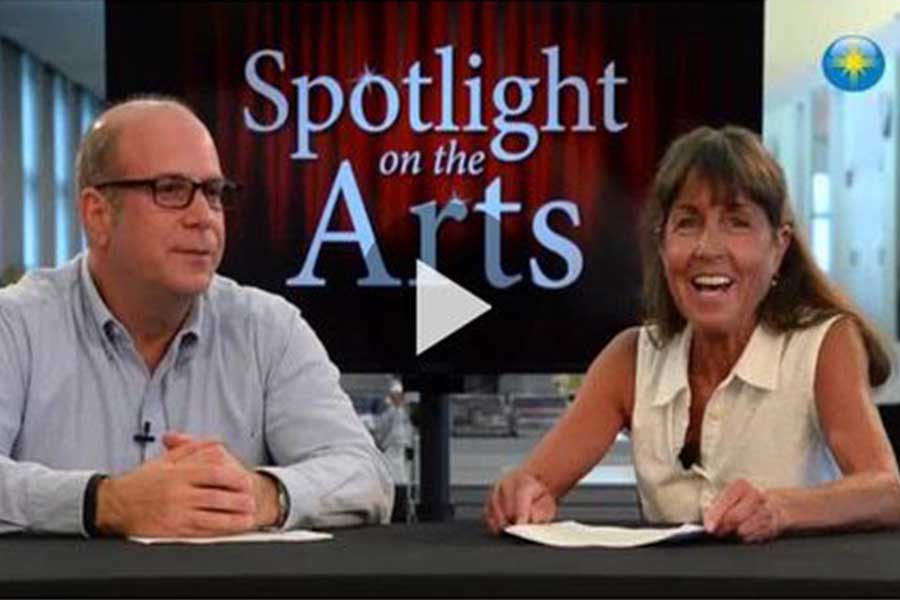 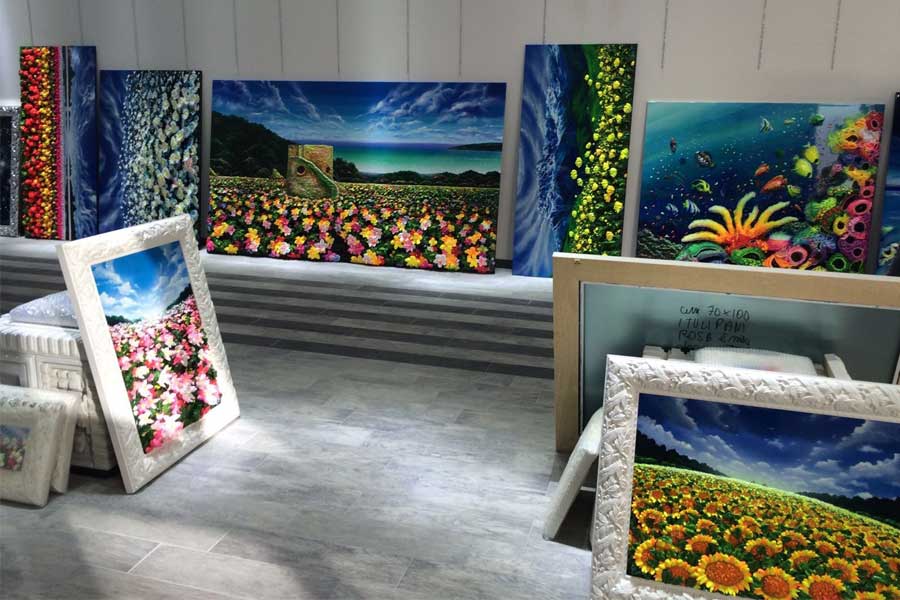 Crates, yellow crates, heavy crates, huge crates, so big that we had to open them outside of the main entrance of the art gallery! And we got lucky because they arrived with a sunny day! It took a couple of hours to unload them, and another couple to undo all the screws that kept the crates closed and the 3d paintings locked in safe positions. Massimo Meda’s assistants in Italy did a superb job! And once on site, they were amazing in creating the desk, pillars and sittings in concrete Medablocks. We all worked together for one day and one night, and in the end Massimo’s 63 stunning paintings colored the walls and the gallery was ready for the official Grand Opening!

WORKING TO CREATE AN ICONIC PLACE 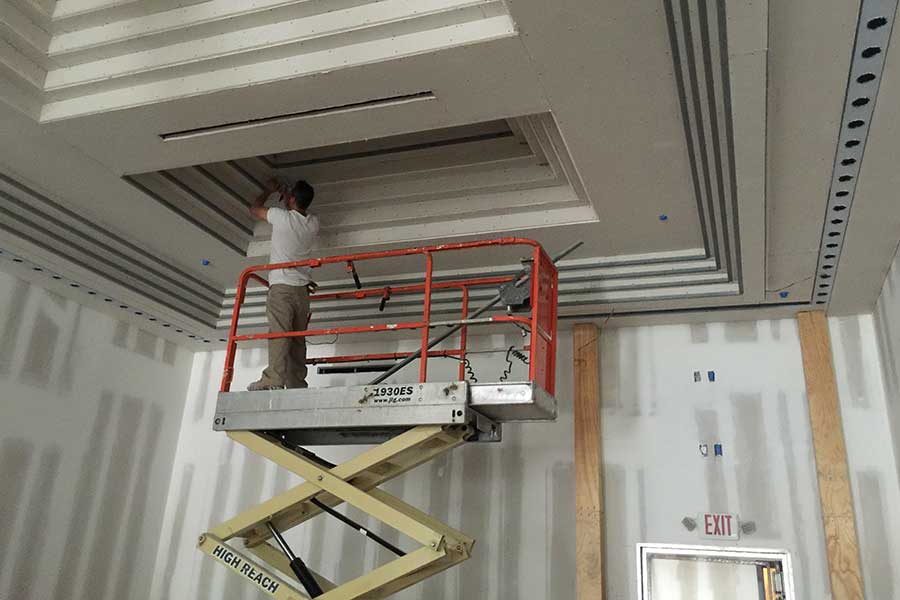 At AlexArt International we believe in taking things further that most would dare. In front of a 21FT high ceiling we dreamt of a drywall counter-ceiling with four 5-step-geometric shapes to exaggerate the sense of perspective. The linear design in the Italian ceramic floor outlines a path for the viewer to better enjoy the artworks.