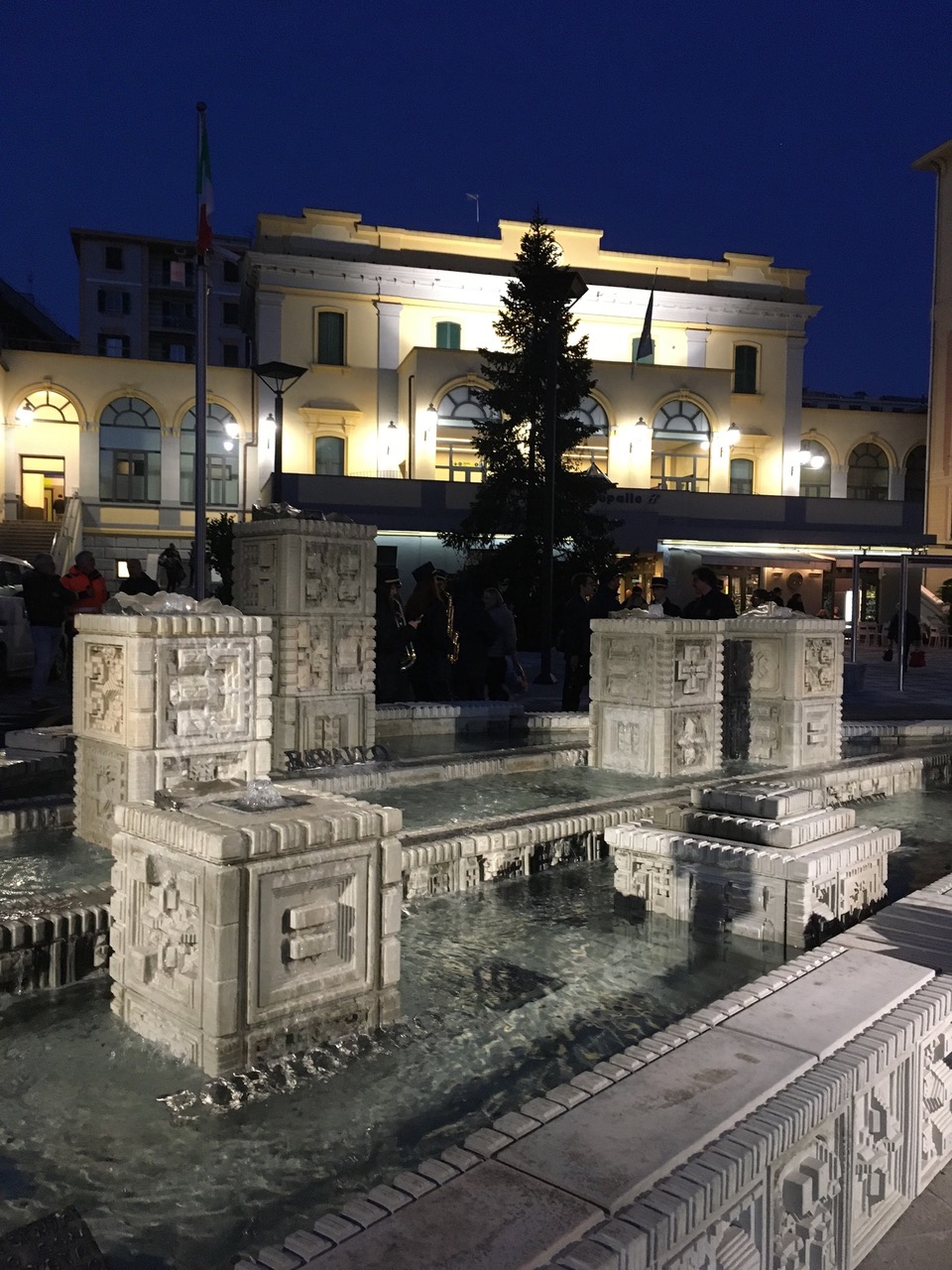 The first coins are already there, on the bottom of the new fountain created by the artist Massimo Meda and by him donated to the city of Rapallo (Italy). Traces of suspended desires, a bit like the Trevi fountain in Rome. The new fountain is part of the new Piazza Molfino, in front of the main railway station.

The whole complex was rebuilt after one year ago torrential rain, heavy winds, and pounding waves inflicted heavy damage on the marina and parts of the downtown of Rapallo, and on its neighboring Ligurian towns. The new fountain, built with Medablocks, represents the 7 tourist port towns of the district of Tigullio: Portofino, Santa Margherita, Rapallo, Zoagli, Chiavari, Lavagna, and Sestri Levante. Three levels for water descend: "It is my way — says the artist — to return the embrace that, more than 30 years ago, Rapallo gave to my first show which was the first of a series of successes”. 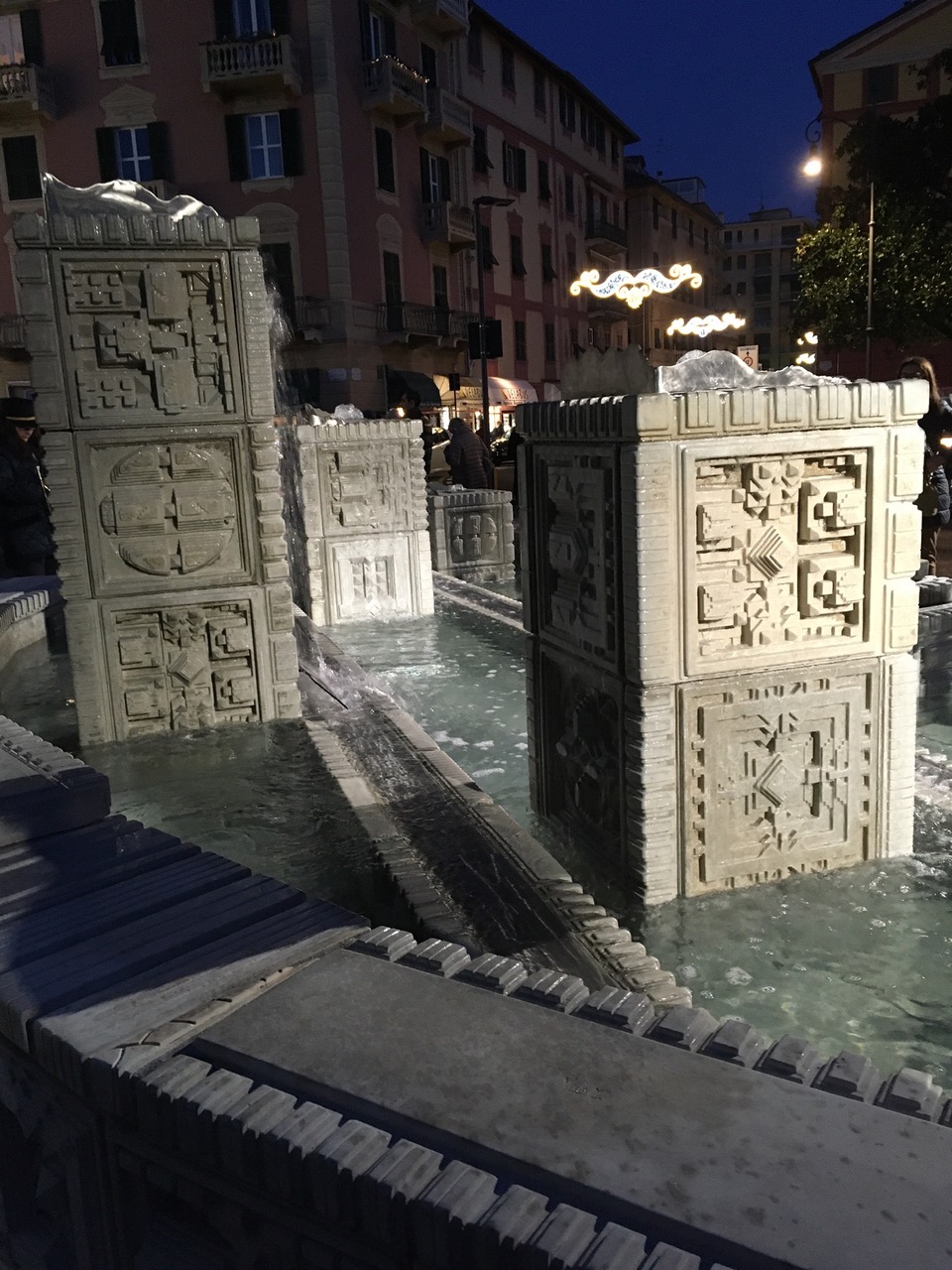