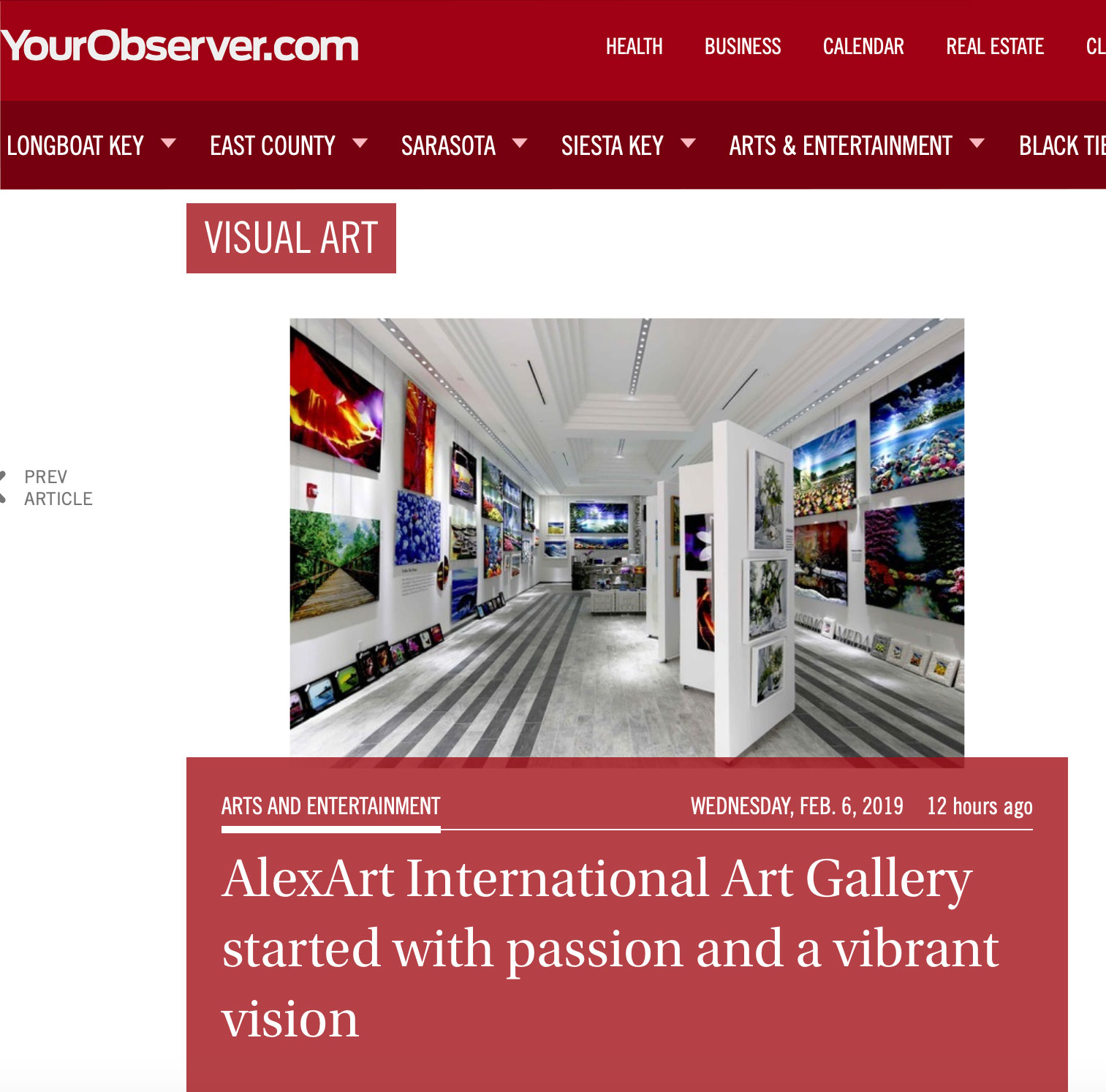 AlexArt International Gallery was opened — and continues to be run — by an Italian woman with a colorful vision of the world. by: Niki Kottmann Managing Editor of Arts and Entertainment Alexa Scanziani’s art gallery literally turns heads.

Walking by, especially at night when many pieces shine brightly under black lights, is to experience a burst of color that commands attention. “I have good taste and I share that with people,” Scanziani says. Scanziani and her husband, artist Fabio Dal Boni, moved to Sarasota in 2016 from Milan. Their old friend, Italian artist Massimo Meda (the man behind the fluorescent 3D artwork that first jumps out to most passersby) encouraged Scanziani to open a gallery in her new city, and it didn’t take much persuading. 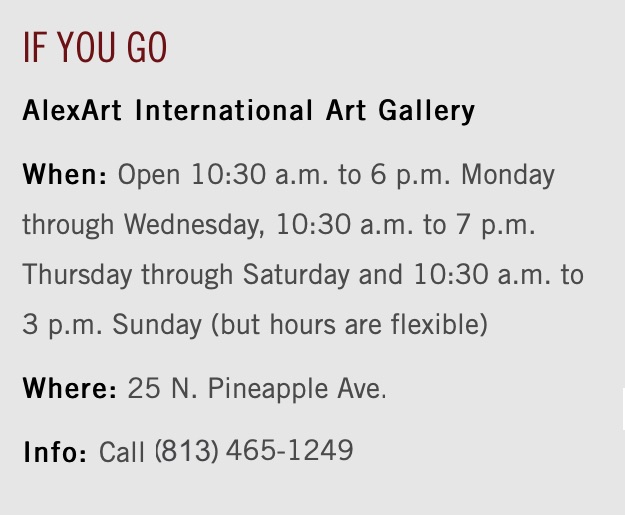 She was born and raised in Milan, where her maternal grandparents helped her fall in love with art. They were dedicated collectors, and walking through their house, Scanziani gained an appreciation for the European masterpieces of the 16th through 20th centuries in artistic mediums ranging from sculptures to carpets. Although she first came to the U.S. (on full-ride scholarships) to study political science and Soviet studies at Mount Holyoke College and Harvard University, Scanziani never lost her interest in art. She became a journalist, first reporting on the collapse of the Soviet Union for the New York Times and Milan’s daily newspaper, Il Corriere della Sera, and later on various aspects of the art world. So, when Scanziani found a space for sale next to the Sarasota Opera House on Pineapple Avenue, she was ecstatic. It wasn’t on Main Street, but the foot traffic from the opera would be undeniably helpful in the evenings during season, which has proven true and remained a big reason why the gallery stays open late on the weekends. 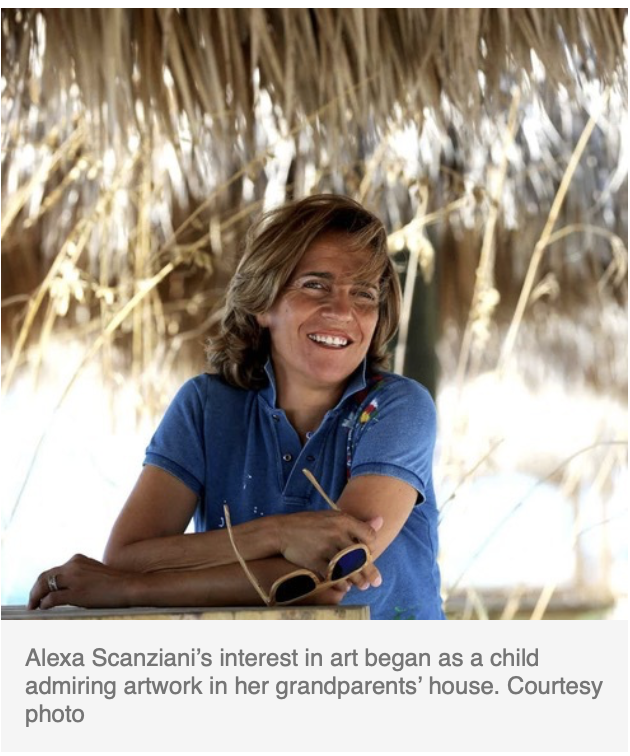 She wanted to make the space her own, so Scanziani gutted it and designed an architecturally detailed interior. All the components were imported from Italy other than the floor. “I always made sure the contractor did what I wanted,” she says. “I’m a very proactive and practical person.” AlexArt International Art Gallery opened its doors in May 2016.  Now, the gallery plays host to everything from poetry readings to weddings. The space also hosts live musicians and offers wine and cheese every First Friday. Scanziani says galleries would never double as event venues in Italy, but it’s a cultural difference she’s happy to embrace. Now in her third season, another key difference between her old home and her current one is the purchasing process. Italians don’t buy art online and they don’t barter, but Scanziani says Americans love buying from home and negotiating.  Scanziani strives to be as hands-on as possible, helping deliver and often install works in collectors’ homes. She even took an interior design course so she could show customers her expertise in deciding the best place to hang their new artwork. 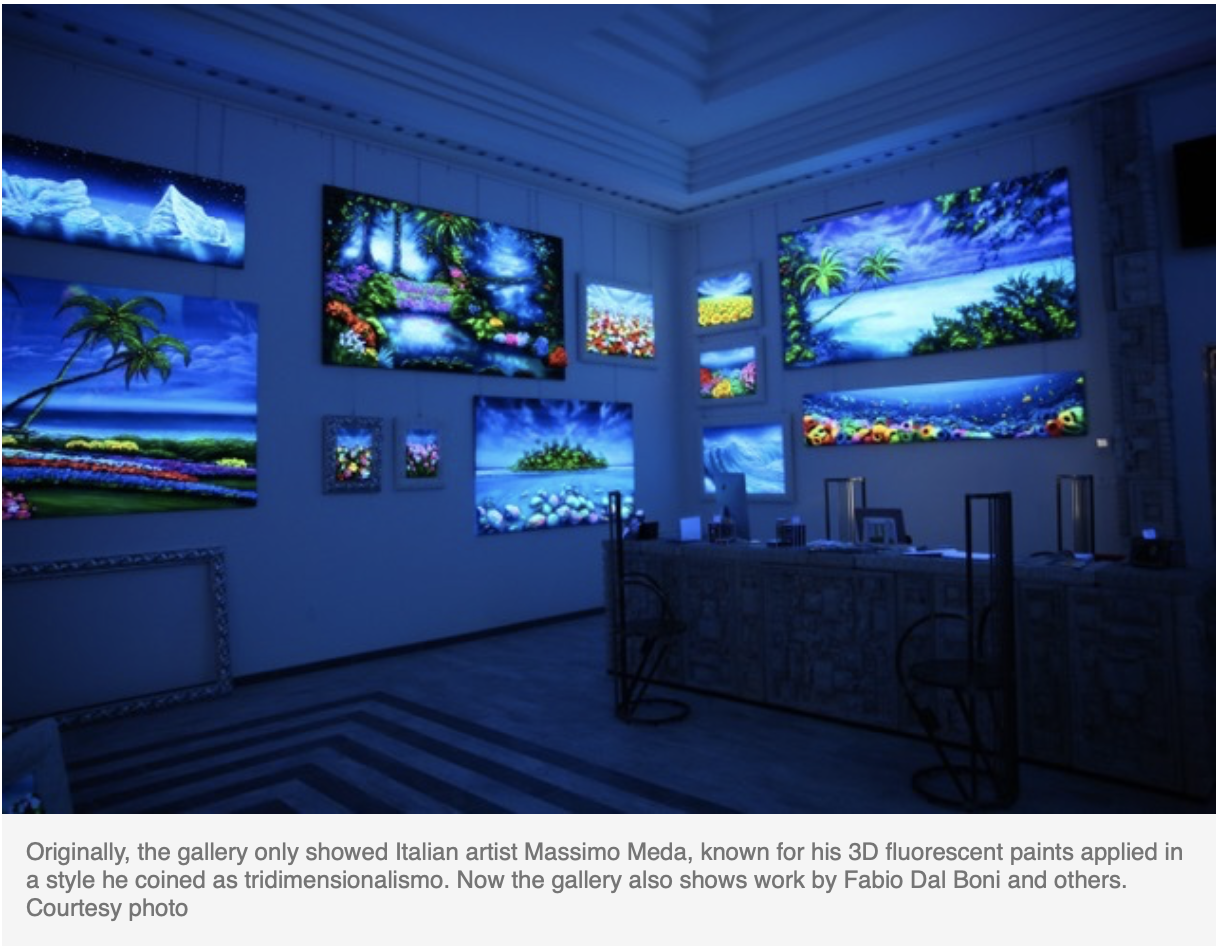 This means she’s also had to learn the needs for every work, and for Meda, that means a blacklight. Whenever a customer purchases a piece by her resident artist, Scanziani helps them find an electrician to install the light and then stays to watch until the job is done to ensure it was installed correctly. The gallery’s other resident artist, her husband, also loves to play with color and light. Dal Boni refers to his style as “new pop art and fine art photography.” His process starts with an original photograph that he then paints over before using a sublimation process to put it on aluminum.  His latest piece on display, “Milky Way,” utilizes LED lights that sync to music in a way that had several visitors “oohing” and “ahhing” during  this interview.  Asked her favorite part of running the gallery, Scanziani references the joy she finds in pleasing customers. “I’m very precise, and I love when things go smoothly,” she says. “I hope it will continue to be a unique experience (for customers) and that people will walk out happy.”

Read the entire story in Your Observer!