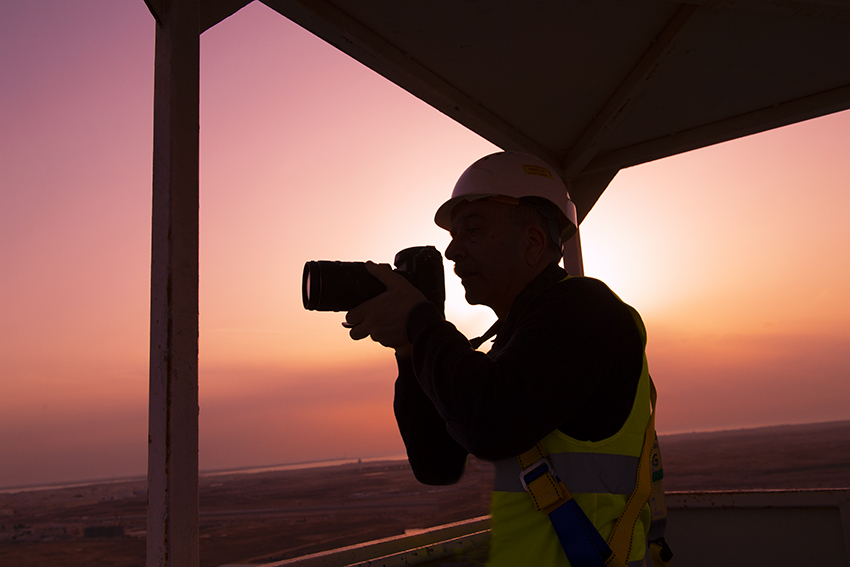 Among the most representative Italian photographers, Edoardo Montaina skillfully brings the aesthetic vitality of art into industrial and institutional scenarios, revealing and humbly celebrating the creative power of humanity in each of his works. With a unique and unmistakable style, through his camera he leads the viewer beyond the mundane, to see what lies beyond mere appearance. Photography is the instrument to capture unexpected details, through which an entirely new visual narration powerfully and yet elegantly unfolds before our eyes.

Appointed by the President of Italy to interpret the Presidential Palace "Quirinale" in Rome through his photographic lens, Edoardo Montaina realized the book “Invito al Quirinale” (Mondadori, 2002).
His art series “The delicate hints of our life” (2012), a celebration of the less known great works of humanity, has been exhibited worldwide from the MAXXI National Art Museum in Rome, to Copenhagen and Mexico City among the others.
In 2013, the Palazzo Ducale of Genoa hosted a solo exhibition called “Edoardo Montaina. The art of industrial photography".

His long-standing collaboration with Roberto Capucci, one of the fathers of Italian fashion design, was celebrated both at home with the photographic volume “Capucci al Teatro Farnese di Parma" and internationally with the solo exhibition ”The art of two contemporary masters: Edoardo Montaina interprets Capucci" at the Green Parkview in Beijing. In 2015 the city of Beijing hosted his anthological exhibition “Visions of Beauty” at the Beijing Exhibition Center, one of the most prestigious locations in China. His works are part of the permanent collection of the International Museum of Contemporary Art Yihaodi International Artbase.

Edoardo Montaina had a remarkable show at Miami Art Basel Week in December 2019, where he was represented by AlexArt International Art Gallery Sarasota, Florida.