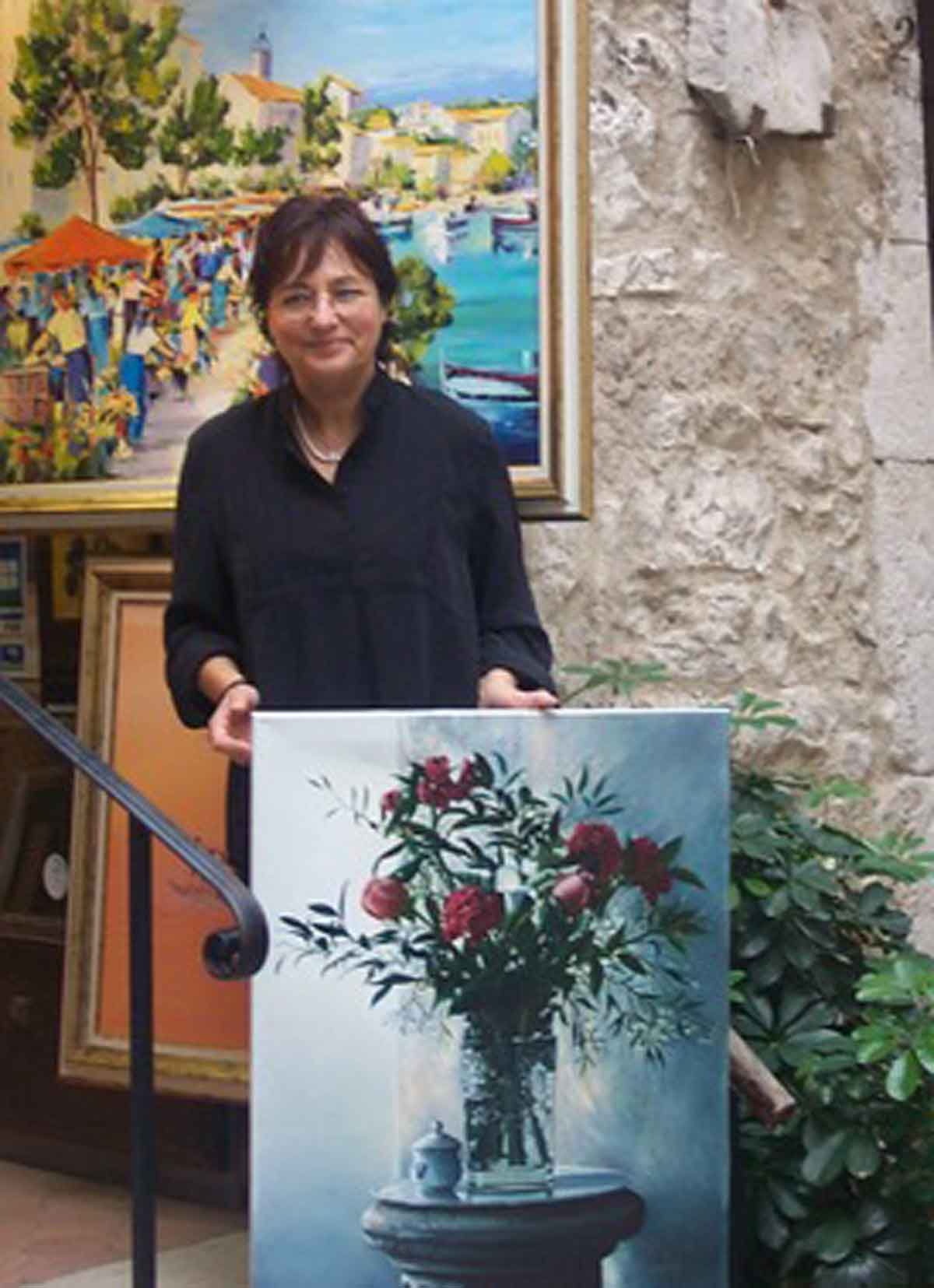 Danka Weitzen’s white roses look so real that the viewer can almost smell their fragrance and feel the delicacy of the petals. Only at a second look, the flowers appear exquisitely painted in the most delicate nuances of oil colors.

Born in Lodz (Poland) to a Polish father and an Italian mother, with her family Danka moved to Turin (Italy) when she was a still child. They lived in the Palazzo Reale, and in the same city, she attended the Accademia Albertina Art Institute. Soon after graduation in 1969, she showcased her works at Ars Plauda Gallery in Turin and since then she has had exhibits throughout Italy and extensively around the world: Bulgaria, Costa Rica, Egypt, Ethiopia, France, Germany, Holland, Kenya, Malta, Poland, Portugal, Rumania, Spain, Switzerland, and all over the United States.

A romantic spirit in love with nature, Danka’s paintings are very evocative and have a dreamlike quality. She not only captures the essence of her subjects - be it portraits, animals or flowers - but infuses them with the eco of distant memories, creating a small scenography with self- picked flowers at the center of antique china and lace, as she has at home. Often one of her four cats appears on the canvas, too! “I like to think - explains Danka, who lives with her artist husband, Guido Borelli, in the hills of Turin - that my paintings not only represent something but also convey feelings, a state of mind, a particular moment, and share something given directly from me”. Her inspiration is Caravaggio, but she has also a soft spot for Artemisia Gentileschi, an early Italian Baroque painter (1593-1653), who broke the female artist barrier by becoming the first female member of the Accademia di Arte del Disegno.

The List of Danka’s collectors is an impressive "Who's Who" of celebrities and royalty.